Mornington Pier is a great spot to wet a line and go fishing in Victoria, Australia.  Taking the kids down to the local pier for a fish or just a look around at the beautiful Mornington Peninsula.  On this page, you will find some image’s I have taken over my years of fishing Mornington Pier and along the Peninsula.  I have also added a video of the Mornington Pier.  Also included on this page below are a few tips for fishing Snapper and Squid land-based from the Pier.

Fishing this Pier you will be better off with a longer fishing rod to cast a bit further which is great if your targeting Snapper.  The water level drops off to about 8 meters deep just out from the new Pier.  You can even leave the rod holder’s at home as there is a wall to rest your rods up against.  Don’t forget to pack the squid jigs as on the high tide the Squid will come on the bite.  If fishing during Winter be sure to rug up as its get’s extremely cold on the Peninsula.  Also around the Pier, you will find plenty of Australian salmon hanging around.  You can catch them on spinning lures and metal slugs.  Garfish also move in which you will need to float’s to target as they are topwater fish.  During Summer you can catch Whiting right through to Autumn, but not in big numbers.  When the wind picks up in Spring the big Snapper tends to move in close to the Pier giving you a great chance to catch a decent-sized fish. 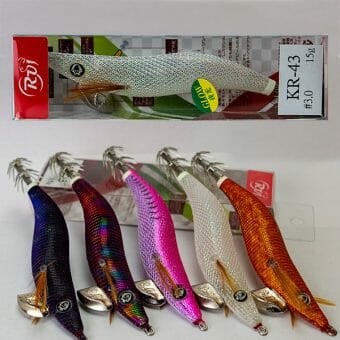 Snapper Fishing – Best months to catch a Snapper From this Pier,  is September through to October. You should aim to fish on the high tide which is around the same time as a sunset.  Generally, Snapper will move into the shallow’s when the big westerly winds have been blowing for a few days as the water will be dirty and the reds come in to feed off the reef located around the point, which extends about half way down the Pier.  (You can see the outline on the map left) You should try to cast into the sweet spot just past the reef’s edge. Anywhere along pier down to the end fishes well on the west side.

For land-based fishing off Mornington Pier, I find that its best to have a few things working in your favor when targeting Snapper from the pier.  For example, high tide around dusk or dawn,  big winds (over 35kh) from the West or (just after) on sunset.  You will also see the reef marked on the map on the left.  I find a big cast over this reef is a hot spot as the reds come in to feed on the edge which about 15 meters out.

You can also catch Snapper land-based where it says Schnapper Point on the map on the left, which is not on the pier. There is a path to this spot which is elevated above the water.  It’s tricky getting to the to fish over the rocks and does take a bit of skill as you will also have to cast over many snags in this spot so expect to lose a fish or 2 here occasionally.

The best baits for Snapper land-based

A fresh Squid caught from the Pier is the ideal bait otherwise a full Pilchard is just as good using a half hitch on the end.  I fish the same rig I would in a boat but with only one suicide hook and a green bead with a big ball sinker approximately 3 or 4 ounces.  Just remember to lift your rod when navigating the snags and rocks.

Reef Drops Away Cast Over.

The best time to fish the pier is 2 hours before high tide, right through to 2 hours after.  The types of fish you may catch are:

Snapper – Best months September to October but can get reds from September through to May with lower odds in the later months.

Squid, Garfish, Flathead, Australian Salmon, Silver Trevally – can be caught all year round.

Small Kingfish – come through every now and again in the Summer months.

Squid -The most common fish you will catch at Mornington Pier is Squid so always bring a range of jigs.  I like 3.0 jigs.  Some anglers prefer the smaller 2.5 size jigs The choice is up to you, they will both work.

Salmon – are pretty common, you have a decent chance to catch one using bait or metal lure’s. Best tide is high tide just after the change.

Snapper – are caught in decent numbers but picking the right time and tide to go down to catch them is the key for reds.

Extra tips – Try to get fresh bait!  If you catch a Salmon or Whiting, cut its head off and use the head as bait for Snapper.  Try to fish around the high tide.  Squid after dark on tide change, they hang around the areas with light.