Snapper Season Melbourne Everything You Wanted To Know 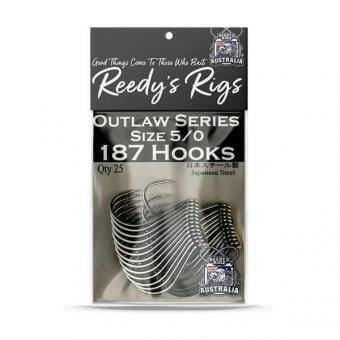 There are two great ways to find a snapper. The first is simple and has been done since the ages. Know the usual areas where the snappers are found, anchor up, spread out the bait and wait! If you’re fishing at Port Phillip and Western Port, where there are a plenty of fish for you to catch, this method works perfectly.

But there’s another way to do it. This involves use of new-fangled electronics such as the sounder. This method gives you a better idea of where the fish are, and saves your time by also telling you where they’re not. But you shall need to educate yourself about the basics of how a sounder works – learn how to interpret a sonar image, for instance.

How to Tie a Snapper Rig

Looking for a Snapper

Where do you look for a snapper? Everywhere!! Always keep your sounder turned on, as you never know where the fish might turn up. Often you find them were you’re least expecting. But generally the fish may be found in shell banks, open mud, structure marks, reef or cunje beds and scallop beds. Always keep in mind that you may well be driving over the fish.

Do lures work on the snapper?
Of course, they do. The snapper will have a right go at any food that appears in front of it. So bait fish are quite effective in catching the snapper and lures do work.

The Best Bait and Burly & Can Be Made.

Well, the bait is most effective if it’s fresh. Fresh squid work great and you may have them frozen after catching them, so that they remain fresh. But nothing beats catching them live and using them immediately.

For a burly trail, there’s nothing better than a block of pilchards that are cubed up and applied well. PRE made burly blocks or snapper snacks are also available, which are considered more convenient by many. Mind you, the burly isn’t really that effective in a heavy tide.

Get a Fishing Boat

If you want to catch snapper, then you should be getting a boat. There is only so much that you can do from the shore, unless you have a plenty of patience and a lot of discipline.

Well, that depends on the speed of the tide. If this is high, as it usually is at Western Port, it doesn’t make sense to drift. Just lay down the anchor. On the other hand, if the water is shallow, like at Port Phillip, drift away! In fact, drifting in targeted areas is a fantastic way to lure the fish.

The Right Time to Fish
The best time to fish in early spring is at the first and the last light, as the bite times are quite short. The bite time increases and the fish become faster as the season progresses, and you may even try your luck in the middle of the day.

Finally
Never compromise on your safety. Risking your life is not cool regardless of how excited you are about the snapper season. Equip yourself with the best safety gear.

How to Catch Snapper In Port Phillip bay | Video Series