Guide To Snapper Fishing in Port Phillip bay Early Season Reds. This Map is Clickable with each GPS Mark has Information on When, Where & How We Caught Fish in Each Location. This Map Would Be useful to New Anglers who wish to catch a snapper in Port Phillip Bay. Every GPS Mark is Detailed with info for when we recommend fishing that area. Tips for Following this map general rules are as followed in port Philip bay you never anchor until you see snapper on your sounder. I will post some screenshots of what snapper looks like on a Depth sounder. Don’t confuse them with bait. Information is also Early season snapper in the map. Video Below 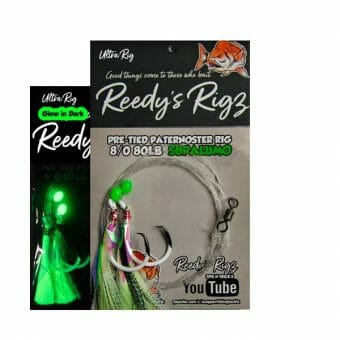 In this Gps Guide of Port Phillip Bay Snapper Fishing .click and use the map to find Locations for GPS Data on each location or GPS sport. The Gps Mark has information for each individual GPS mark on the clickable Map .including Recommend, Time to fish / Bait to fish  / Tide to fish  / Rig to fish. Diagram of a ledger is Below. Also Included is Additional information Such as Our Personal Experience’s Video’s Image’s & Links.

Frankston: A Awesome area to look for snapper, sound the Snapper up they Pass through here, the Best time to fish is start of November right through to about 15 of December, Then again in January to Easter Shallow water at night can bag a big fish . Best bait’s Pilchard / Fresh squid / Soft Plastic’s / scad/ silver whiting / after a blow / big Fish gps Marks sound Area

Frankston Wide -GPS Mark -38° 09484, 144° 95052 Fishes Well later in season with a range of big snapper to School fish use your depth sounder to Locate Reds, GPS Mark is a guide Point to start sounding, this video was of the actual snapper being caught in December on flasher rigs Bagged out . Best bait Half Pilchard just like a video . time was about 8 am

So in this Guide this how i see it , some people may agree some will not, the choice is yours to make. But i find the best time to catch a snapper is in November without a shadow of Doubt.

How can i catch a Red Before November?
Snapper start migrating from the ocean into Port Phillip Bay at the end of winter which is a trickle of fish at first and mass of schools towards the end of October & start of November. Snapper use the big tide’s to migrate in the spring months of September, October, November leading up to November until the Bay is full of snapper in November.
On this migration through Port Phillip bay the fish Head north waters in the above months toward

Melbourne. But you can catch them anywhere thought out the bay early season as they have to swim there first. when they enter Port Phillip there are many channels just after the entrance in the mud island region / South Channel . which I believe have an impact on which side of the bay the majority they travel through to the get to top end of Port Phillip Bay.
Also a lot of factor’s I believe may affect which channel they swim through like wind, tide, and natural contour lines & ultimately where they end up traveling through the bay. I have noticed some interesting points over the years. Melbourne gets a lot of big southwesterly & south winds in these months & also if you study natural contours lines on GPS Depth Charts maps they lead to the north & east side rather than the west side, but there no question the fish still get caught on the west side there is no doubting that, but I think it explains how majority of the fish end up on the east side of port Phillip bay. So knowing this information helps me target them in this time period I also noticed they genially travel in the same area every through the bay each year , If you understand this you can make decisions on where to start sounding & catch an early season snapper. It’s no accident the same old heads catch early season snapper every year and its because they understanding what the Snapper do, where they go & when you need to be out fishing. Get your hands on a Depth Chart . with contour lines.

This Article is more in depth With Video And a few Extra Tips.

Snapper On My Sounder What does it Look Like On a Hds in Port Phillip?

The Below screenshot is an image of snapper on the bottom of Port Phillip Bay on my HDS Sounder By Lowrance. you want to see the orange color inside of the arch. HDS sounders are very sensitive and in port Phillip bay there is lots of bait school which are mainly pilchards or scad they will look different like a blob on your sounder. it takes a while to get hang of it so take your time to understand how it works. i don’t anchor until i see this sort image on my screen, it can take hours on some days, in snapper season I will look for this kind of image. but when its not in season I will be satisfied with one arch, also the size of the arch matter’s as these days with HDS & Sounders Pinkies or small snapper will display as Arches over time you will learn your sounder.