Good news, everyone!
The Snapper Season in Victoria, Australia has just begun!
The annual Snapper migration in Victoria starts in September or October every year and lasts till the end of May.
Fishing has always been a part of the local culture here in Victoria, as well as in the rest of Australia. We have a proud tradition of fishing in our state which goes back to more than 40,000 years – when the Aboriginals used to fish here.
Fishing is perhaps the oldest culture here in Australia and the Snapper fish is Victoria’s most sought after, most prized fish species.
The Snapper loves the saltwater environments of Victoria, and is found in plentiful across the state, whether you’re fishing in the deep waters off the port of Portland, or in the shallow inlets and bays such as at Lakers Cutting, Point Lonsdale. 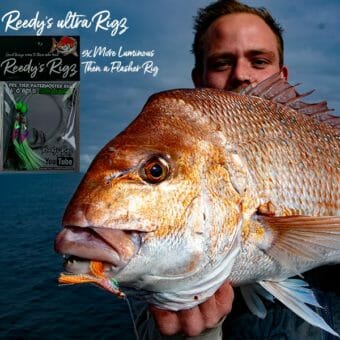 There are some schools of Snapper that you can fish for throughout the year in Victoria. But the biggest Snapper fish are usually found off the Port of Melbourne and Corio Bay at around this time of the year.
Fishing for Snapper is really easy during the early stages of the migration as during this time, the Snapper schools follow a predictable path. You will find them running through Queenscliff, Mt. Martha and then Mornington, and also through Lonsdale Bight and along the Eastern Seaboard.
There’s plenty of fish for everyone here in Victoria during the Snapper Season: the time from September to December is when you will find the biggest and most beautiful Snappers and in big numbers!
The Fishing Culture in Victoria: How Important is Fishing to the State of Victoria?

Fishing is very important to the local economy here in Victoria. It is one of the biggest generators of employment in our state.
The Government of Victoria’s Target One Million plan aims to manage and support the development of fisheries sectors in the state with a focus on sustainable fishing.
Recreational fishing is just as important as commercial fishing, and contributes at least $2.3 billion a year to the state’s economy.
An Ernst and Young report commissioned by the Recreational Fishing Licence trust fund found that recreational fishing employed tens of thousands of Victorians and contributed $307 million to the northwest of the state, $1.3 billion to the Port Phillip region and $381 million to the Gippsland region in 2013-14.
The numbers could be much bigger this year as the love for fishing has just taken off in a big way here. Indeed, during the 2018-2019 Snapper Fishing Season in Victoria, the government expects recreational fishing to boost the state’s economy by at least $7 billion!
According to Agriculture Minister Jaala Pulford, “The Port Phillip Bay region already generates around $1.3 billion of economic activity each year — by phasing out commercial netting in the bay we will attract more keen anglers to this prime fishing destination, further boosting local economies and supporting local businesses.”
“It will get more people fishing, more often, right here on Melbourne’s doorstep,” Ms. Pulford added.
Of the $7.1 billion that fishing contributes to Victoria’s economy, $3.9 includes indirect benefits, such as to local businesses and tackle shops that depend on fishing.
More importantly, fishing is a massive employment generator, creating as many as 33,967 full-time jobs in the state. We are only talking about the full-time jobs here, as the number of people who fish recreationally or part-time by far exceeds this figure.
Impressive, Isn’t It?
Now you know how important fishing is to the people of Victoria, and indeed, the whole of Australia. So many jobs, livelihoods and small businesses depend on fishing, the happiness and success of so many families depend on fishing in our state.
Reedy’s Rigz is a small but proud AUSTRALIAN company started by two Aussie blokes, Brett and Ken. We supply high quality fishing gear for both recreational and professional fishers such as Flasher Rigs, Ultra Rigs, Pre-Tied Paternoster Rigs, Snapper Lures, Jigs and more.
We have made a conscious decision to sell majority of our new products only through the local tackle shops in Victoria and elsewhere in Australia and not online, as we want to contribute as much as possible to the local business’ in our country.
We want our money to stay in Australia only and not go to some large corporation. We want to help small businesses such as the local tackle shops in Victoria as much as we can.
This transition hasn’t been easy for us, and comes at a great financial cost, but we are determined to follow it through as we don’t want our local tackle shops to disappear because of the competition of internet behemoths such as Amazon.