Australian is also called Australasian Snapper is a fish specie which is found in waters around Australia . the scientific name of the fish is Pagrus auratus.

Inhabit rocky reefs  Also occur in estuaries . Juveniles mainly inhabit bays and other shallow, sheltered marine waters, often over mud. Pinkies or Ruggers  measure from 22 cm to 40cm  are common found inshore around reef & Shoals often in Schools of the same fish size. Larger fish are Migrate in to Shallow water and Bay’s to Spawn.  Adult Reds often live near reefs & Shoal’s and can be found over mud and sand substrates when spawning . Diet of a Snapper Consist off marine worms, fish, sea urchins, shellfish and squid. 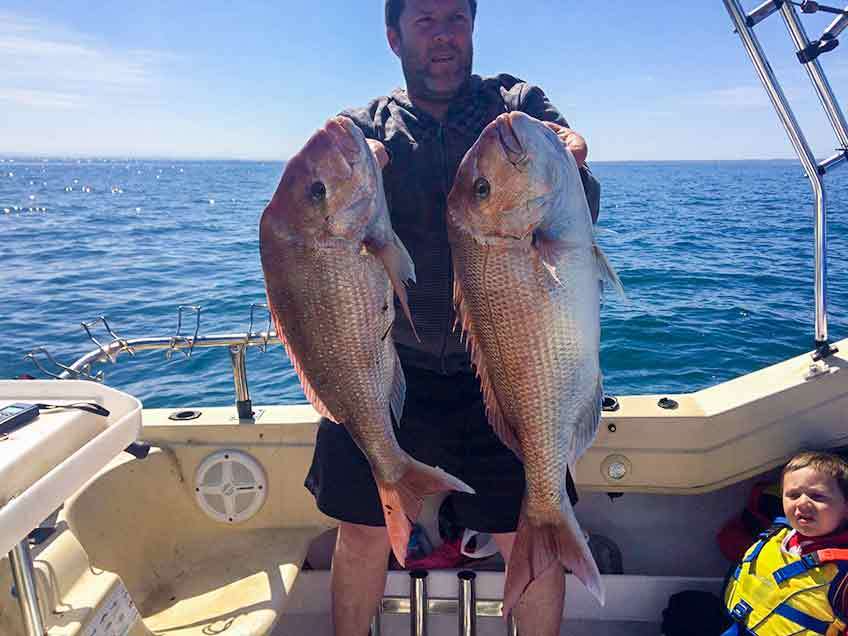 large Snapper schools Migrate to spawn in shallow water or enter into bay’s  E.g( Port Phillip Bay Melbourne) . Spawning Happens in waters less than 50 m deep. They generally only spawn when water temp is around 16 ° to 18 °.  Ruggers Pinkes Are the Name’s People call juvenile you Fish Depending which state you live E.g In South Australia They are called Rugger. and in Victoria Fish are referred to as Pinkies .

Australian Snapper Fishing . This Map is Clickable on Each icon with each GPS Marks has Information on When ,Where & How We Caught Fish in Each Location . This Map Would Be useful to New Anglers who wish to catch a snapper in port Phillip Bay. recommend to fish that area with the Tips for each mark , This map has Taken years to make  .

Snapper Will they Bite in the middle of the Day?
description

So in this Guide this how i see it , some people may agree some will not , the choice is yours to make . But i find the best time to catch a snapper is in November without a shadow of Doubt.
How can i catch a Red Before November ?Understanding Early Season Snapper Fishing .
Snapper start migrating from the ocean into Port Phillip bay at the end of winter which is a trickle of fish at first and mass of schools towards the end of October & start of November. Snapper use the big tide’s to migrate in the spring months of September, October, November leading up to November until the Bay is full of snapper in November .
On this migration through Port Phillip bay the fish Head north waters in the above months toward Melbourne. But you can catch them anywhere thought out the bay early season as they have to swim there first. when they enter Port Phillip there are many channels just after the entrance in the mud island region / South Channel . which I believe have an impact on which side of the bay the majority they travel through to the get to top end of Port Phillip Bay.
Also a lot of factor’s I believe may affected which channel they swim through like wind ,tide ,and natural contour lines & ultimately where they end up travelling through the bay. I have noticed some interesting points over the years . Melbourne get’s a lot of big south westerly & south winds in these months & also if you study natural contours lines on GPS Depth Charts maps they lead to the north & east side rather than the west side, but there no question the fish still get caught on the west side there is no doubting that, but I think it explains how majority of the fish end up on the east side of port phillip bay. So knowing this information helps me target them in this time period I also noticed they genially travel in the same area every through the bay each year , If you understand this you can make decisions on where to start sounding & catch a early season snapper. It’s no accident the same old heads catch early season snapper every year and its because they understanding what the Snapper do , where they go & when you need to be out fishing. Get your hands on a Depth Chart . with contour lines .